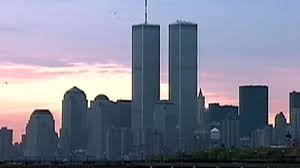 It was sixteen years ago today that our nation was attacked and the Twin Towers of New York City destroyed by radical militants.  It’s not an event to forget.

I remember clearly my first year as a principal in a Jewish School of Los Angeles.   Both Mrs. Fuller and I worked and taught in the same school, and I remember getting ready for school and heading off for school as the first tower was destroyed.

Now it’s 16 years later, we cannot forget, nor should we ever forget. Perhaps as we remember all of those people who died, and all of those people who worked so relentlessly and fearlessly to save others lives, but we must remember above all else is that in the modern world there is not really much security regarding  our national borders, that in the modern world there's not much security or safety in many areas.  Perhaps what this event did more than anything else was to bring an end to the innocence we had so long enjoyed.

So, we have become watchful. We have become suspicious. We have become aware that our way of life is not as universally respected as we thought. We must be ever vigilant in a world that sometimes seeks to destroy us, and we must count on our allies more than ever.

The children attending school today were not even born when this event took place. It is our job as teachers and educators to make sure that they understand not just the event but the important changes which have occurred since that event.  We live in a different world today.