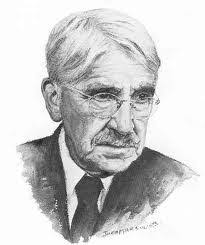 Perhaps the greatest failure of “traditional” educational approaches is that they have relied on single tests, or a series of like-minded tests, to assess student learning.  And it is ironic that on the one hand we recognize student individuality, but then confine assessment practices to the single test framework.

Instead, proficiency based learning, or standards based learning, can free the student and the teacher to explore a variety of testing and assessment procedures.  Keeping in mind that the “proficiency” is really a statement about the level of success of a “standard,” then it is possible to see how a student could submit any variety of evidence to show success and mastery of the standard.

In a fully implemented proficiency/standards  based approach the student is more fully engaged, seeking to create authentic evidence of learning.

That authentic evidence can take many forms - it can be a test.  It can also be a project, an example of writing, of speaking, of community-based involvement.

At Gryphondale, we believe that this is most effectively done via the creation of an on-line digital portfolio.  This e-Portfolio represents the curated collection of evidence related to learning. It represents the best examples of real learning and authentic assessment - in many ways what Dewey meant by “learn by doing.”

When Dewey wrote, “Education is not an affair of 'telling' and being told, but an active and constructive process,” he was essentially referring to engaged learning as reflected in portfolios.