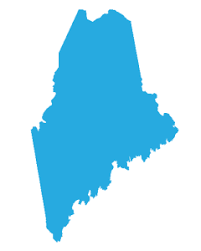 It was a couple days after my last post that I saw and read this article on how climate change has made Maine the epicenter of tick prevention and Lyme disease.

The first line of the article is enough to warn and would be wood wanderer of the danger of unprotected walking.

“The arrival of spring this year brought a explosion of ticks across Maine and, with it, a surge in tick-borne diseases. Conservation groups are warning that the milder winters, earlier springs, and hotter summers that signal a changing climate are also making the state even more hospitable to the blood-sucking parasites.”  (Maine Epicenter)  [http://mainebeacon.com/thanks-to-climate-change-experts-say-maine-now-the-epicenter-of-lyme-disease-epidemic/]

While it’s nice to know that I was in the know before the article was published, it also shows that anyone working in the woods or field must be aware of the dangers that ticks present.

I can verify. This is real.

And I’m never an alarmist, but this is alarming

“Tony Owens, an attending physician at Maine Medical Center, said the prevalence of Lyme disease in Maine is higher than the rest of the country, making the state the “epicenter of this endemic problem.”

The concern isn’t just Lyme disease. Cases of anaplasmosis, which Owens described as “the second most common tick-borne disease,” have also increased in Maine. Both anaplasmosis and Lyme disease cause fever and fatigue, but anaplasmosis doesn’t cause the trademark bull’s eye rash of Lyme disease.

Bottom line.. be careful where you walk.

OH, and PS... Anyone notice those caterpillars????