A Lesson in Style 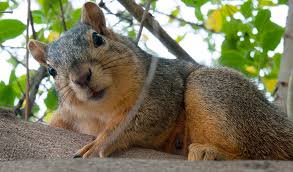 So, we’ve been doing this “thing” with squirrels around the yard.  They got into the house, camped in the attic, and there had what might have been a winter wonderland.

Having been an English teacher for so long, I had to use this experience as possible lesson in writing styles.  So while raking leaves for several days, I made some mental notes about how three writers would have handled the same situation.

Our furry friends are all humanely trapped and relocated.


In the style of Robert Burns

The pitter-patter of little feet above my head
Fills me not with joy but with dread.
Squirrels! Off to the store and now a trap in hand.
Two little beasties have been taken to a brand new land.

In the style of Shakespeare

Alas, a sharp toothed four footed furry friend
Took my abode as his with no recourse to end
Snapped in a trap and skinned from tail to top
And at the pub tonight greasy Joan doth keel the pot.

In the style of Stephen King

They invaded with no warning, taking over the attic and waking Clem and the family all night with acorn chewing, ceiling scratching, and almost soft nesting sounds.
Bastards.
Clem set the trap. Peanut butter on deli bread.
The car exhaust did its thing, and what was moving Clem then stopped with a single hammer blow.  Mercy has its place.
While still warm and pliable,  Clem peeled off the skin, leaving a gut filled carcass.
Clem nailed them to the trees, thinking it a warning to the others and a tidy present for dreary November.  Thanksgiving felt wonderful, but it was the crows who feasted best.