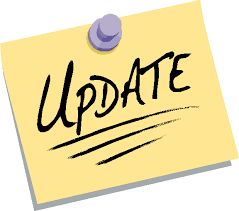 There’s actually lots to report, and maybe more for commentary.

Technically, the legislative session is at an end.
We will return for at least one “Veto” Day.

But the way we got there is a far more complex story than most people want to read - or understand.

On Wednesday, the last day of session, there remained a great deal of work to do, many bills to address, much legislation to discuss.  We did need the five days of extension to finish that work - an extension already approved by the Senate.

The Republican minority in the House, however, did not approve of the ways in which various bills were being introduced or prioritized, and when the vote to extend the session was brought before the house, the Republicans  - with the exception of two Republican representatives voted to end the session.  It does require a two-thirds majority to continue session, and there was no way the House would reach that level.

In my short stay in the Maine Legislature, this is the second time that I have seen last minute wrangling and less than foursquare maneuvering by some of my colleagues.  It was certainly not collegial.   While the opposition railed against an “inequality” in political processes, they fundamentally failed to realize that we in America do believe in “majority rule.”  The answer to finding authority in politics lies in getting elected.

We wait for communication from leadership, and as a person who wants to get the job done for the office to which I was elected, I hope that we can return to finish things up.

In the interim, I’m headed for the garden.