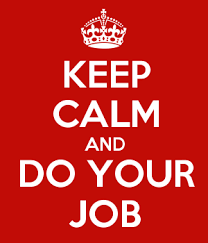 
House Majority Leader Herbig to House Republicans and Governor LePage:
“You don’t have to like it, but you’ve got to do your job”

“Every Mainer, every community will feel a state shutdown. So what I have to say right now to Ken Fredette and Governor LePage is please come to the table to work with us, to come to a reasonable compromise so we can keep this state up and running,” said Rep. Herbig, D-Belfast. “It is the single most important thing that we are all elected to do and it’s the responsibility we took when we ran for office.”

You can view the full video here.

While Senate Republicans and House and Senate Democrats have continued to find consensus in the hopes of passing a balanced budget, House Republicans led by Minority Leader Ken Fredette of Newport and Governor LePage have yet to seriously participate in negotiations. Until the House Republican caucus decides to negotiate in good faith, Committee of Conference work has stalled.

The legislature has until June 30 to pass a budget. However, given Governor LePage’s history of waiting the full 10 days to veto a budget, additional time is necessary in order to continue the operations of government.